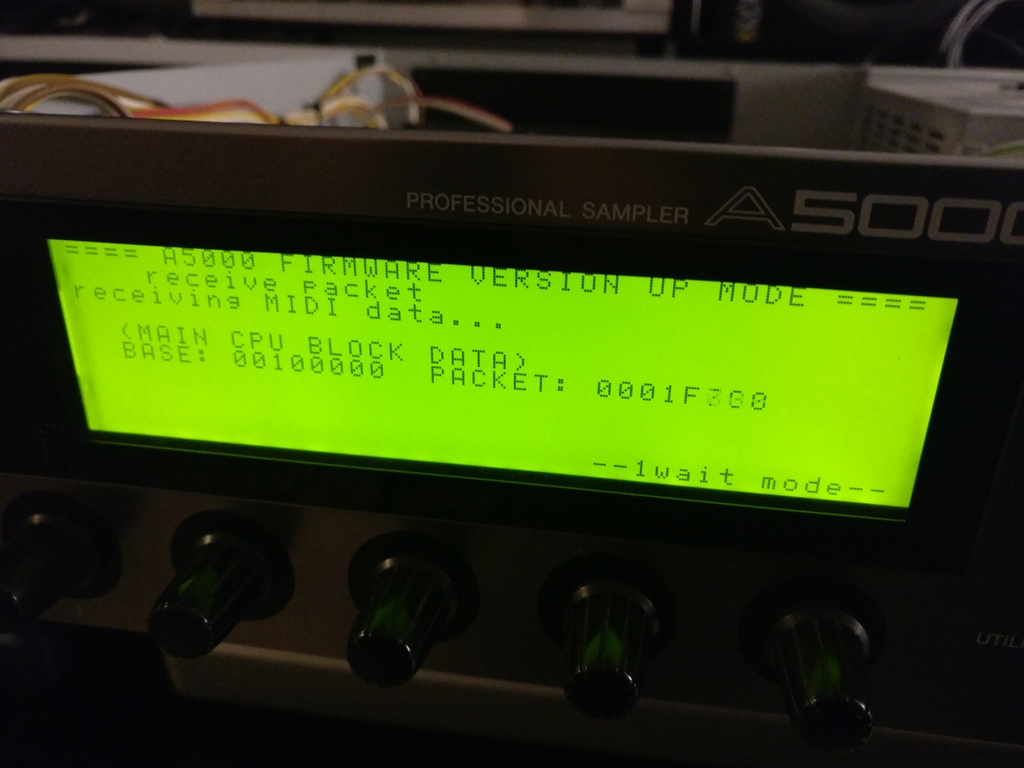 A5000 receiving a firmware update via MIDI

The A4000 and A5000 are the last hardware samplers produced by Yamaha in 1999. They're pretty sturdy but it's not impossible to brick them, specially when messing around with their IDE and SCSI internals, or accidentally shorting things. This can lead to a corrupted OS and unbootable sampler. There is however a completely undocumented feature that allows to flash the OS via MIDI/SysEx, thanks to booting into a small software that's in a ROM somewhere and that will start listen to whatever arrives on the MIDI IN-A port.

This info, and the SysEx version of the firmware, is not even in the rather extensive service manual. My guess is that its existence eventually leaked into the community from people working in Yamaha service centers and who realized that many returned bricked/b0rked A4000/A5000 could be revived like this, and it was simpler to give the info as a first try, as opposed to go through a full RMA. At time of writing, there is only one private forum that mentions this trick, and only one site left that has a copy of the MIDI files needed. I'm putting it all here, to duplicate this specific and scarce info.

The overall process is done in two steps because only an old firmware exists as MIDI file: so 1. we update to 1.07 via MIDI, and 2. we update to latest 1.50 via floppy.

All the files needed are in the File:Axk-firmwares.tar.xz archive.

Update to 1.50 via floppies