The NES was released with a crude lockout chip (CIC) that prevents running code across different regions. To do so, the cartridge CIC must match the NES CIC, inside the console, otherwise the software won't be executed. This is a problem if you intend to make a cartridge meant to run on several systems, that is to say on all four NES regions (USA/Canada, UK/Italy/Australia, Europe and Asia). The workaround is to replace the CIC chip with a clone which can pretend to be any CIC chip. There has been several clones produced in the past, but at time of writing, most of these clones are either hard to find, discontinued, or only available for specific newly made PCB for modern NES dev/homebrew.

Good news everyone! Krikzz (from the everdrive fame) has made public the code of his avrciczz, that is used most notably in the EverDrive N8. This CIC clone runs from a small low-power Microchip 8-bit AVR RISC-based microcontroller, the ATtiny13. The DIP version of the chip also fits nicely in the original CIC PCB holes, so it is relatively easy to install in a DIY cartridge made from an existing NES game PCB.

It's possible to replace the original CIC chip with the ATtiny13. However this is not a drop in replacement, but it will help keep things relatively tidy to reuse this part of the PCB. According to avrciczz.asm, the chip must be wired as such:

And here is the CIC pin layout (source Nesvev):

So not quite the same, but we can reuse the ground, and benefit from a PCB slot with many traces that do not need to be cut as they lead to nowhere. 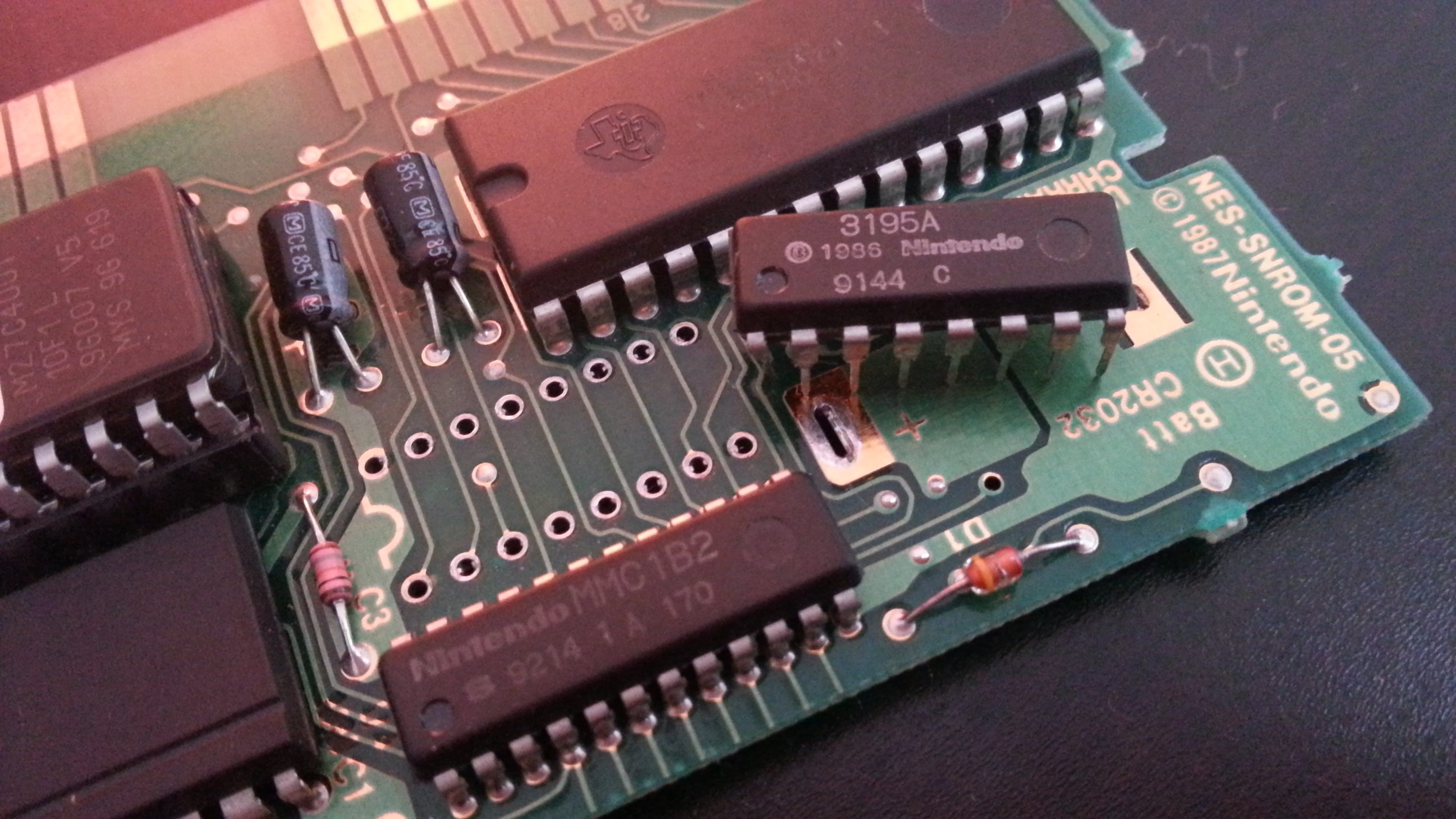 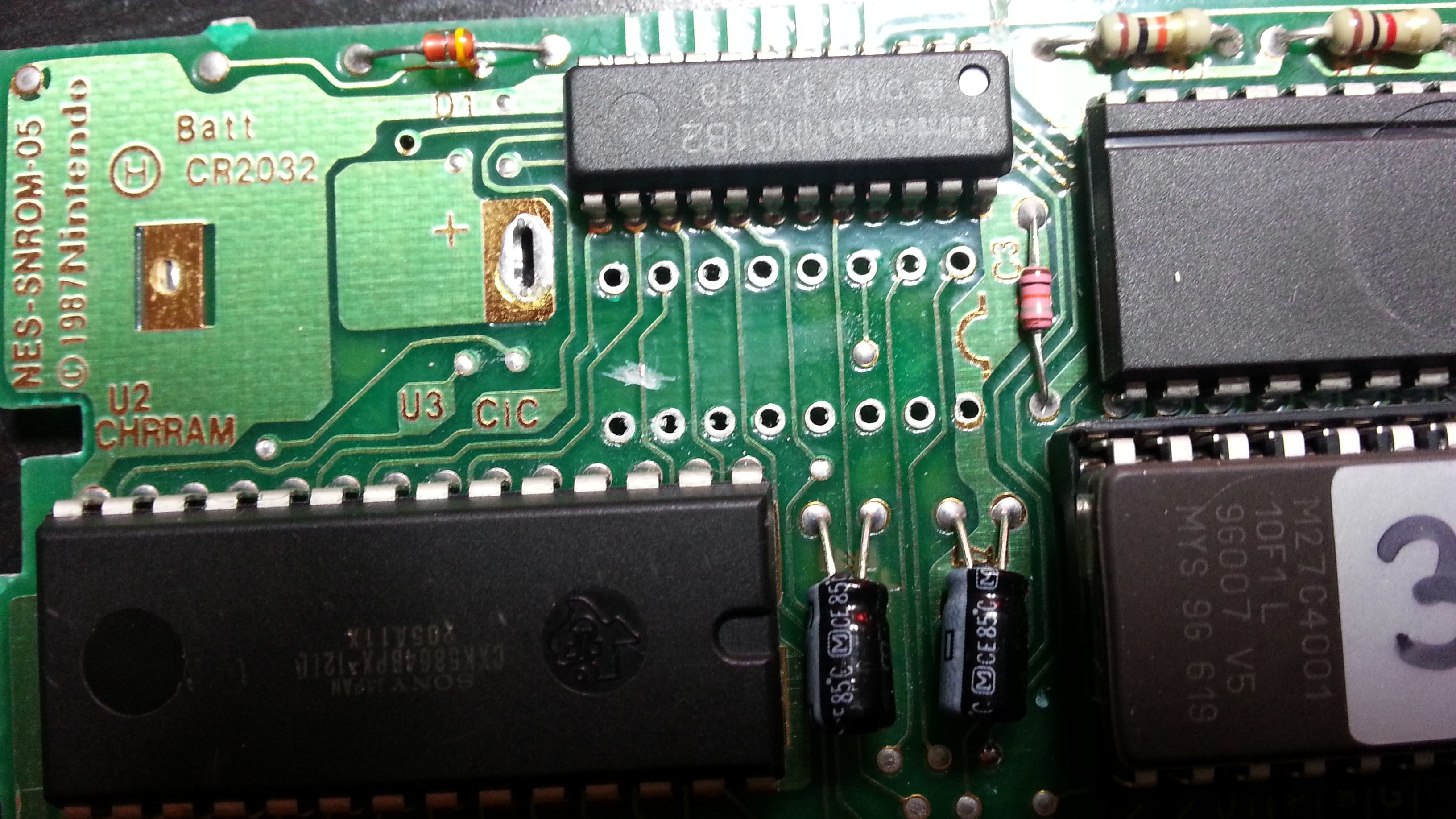 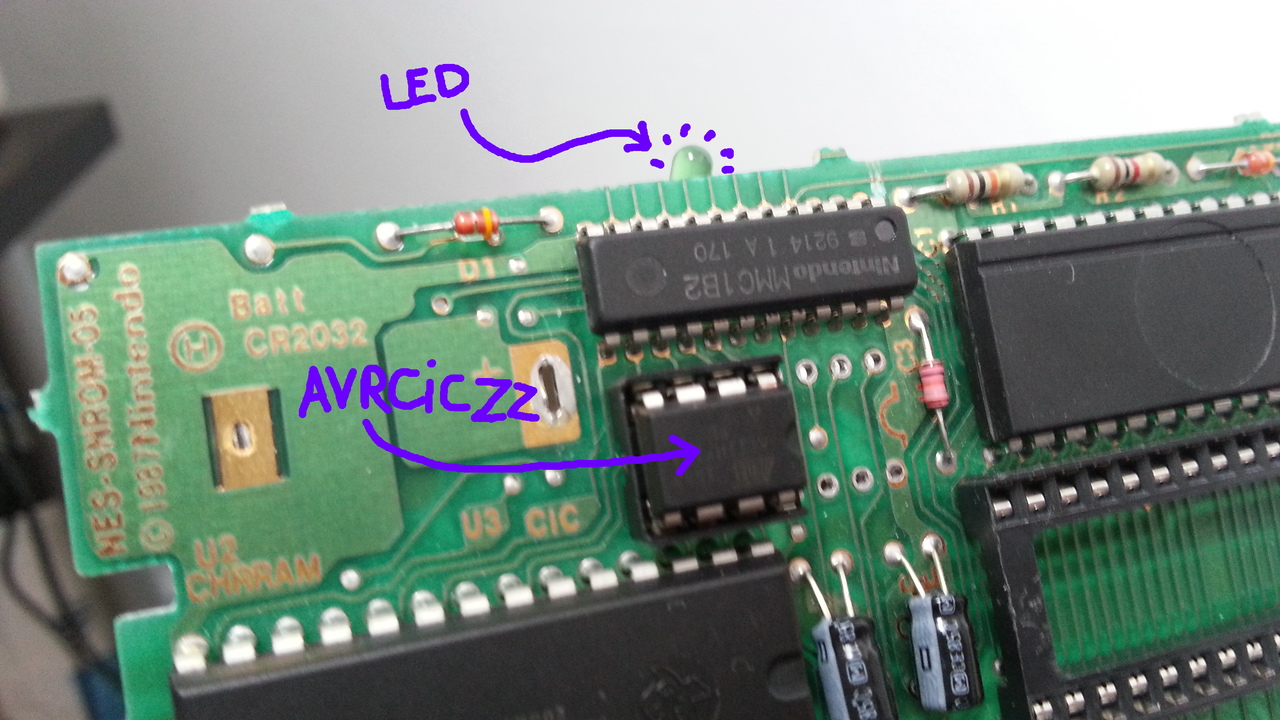