The stock GB comes with both a headphone mini-jack and a small speaker. This is fine for playing games. However when it comes to recording audio from the headphone output, the signal is actually weak and noisy. GB musician/hacker Trash80 is credited to have been the first to publish a modification where the audio is directly taken at the line source, before the headphone amplification. This much cleaner signal is then redirected to an external connection (mini-jack, jack, RCA, etc). This is what is called a Pro Sound mod :)

Just like for many other mods, there is not one way to do things, the main parameters you can play with are:

We will not show all the possible variations, but to get an idea of the different options at hand, we will document the following:

In this mod, the sound signal will pass through the pot first, then to the mini-jack. Please follow the picture on the right to make the necessary connection. If you wish to go with the Pre-pot option, simply connect the wires to the soldering points above what's shown in the picture.

You would also need to discount two wires that carries the sound signal to the sound chip, you can simply cut them off, matching what's shown on the picture.

One thing to take care when making connections is that, when putting the Game Boy back together, these wires will be pressed together between the PCBs. So, the thicker the wires, the tighter it might be when you trying to put everything back. You can use thinner wires, or use a longer wire and make a clean route between the soldering points, so that they won't be sandwiched when the Game Boy is closed. 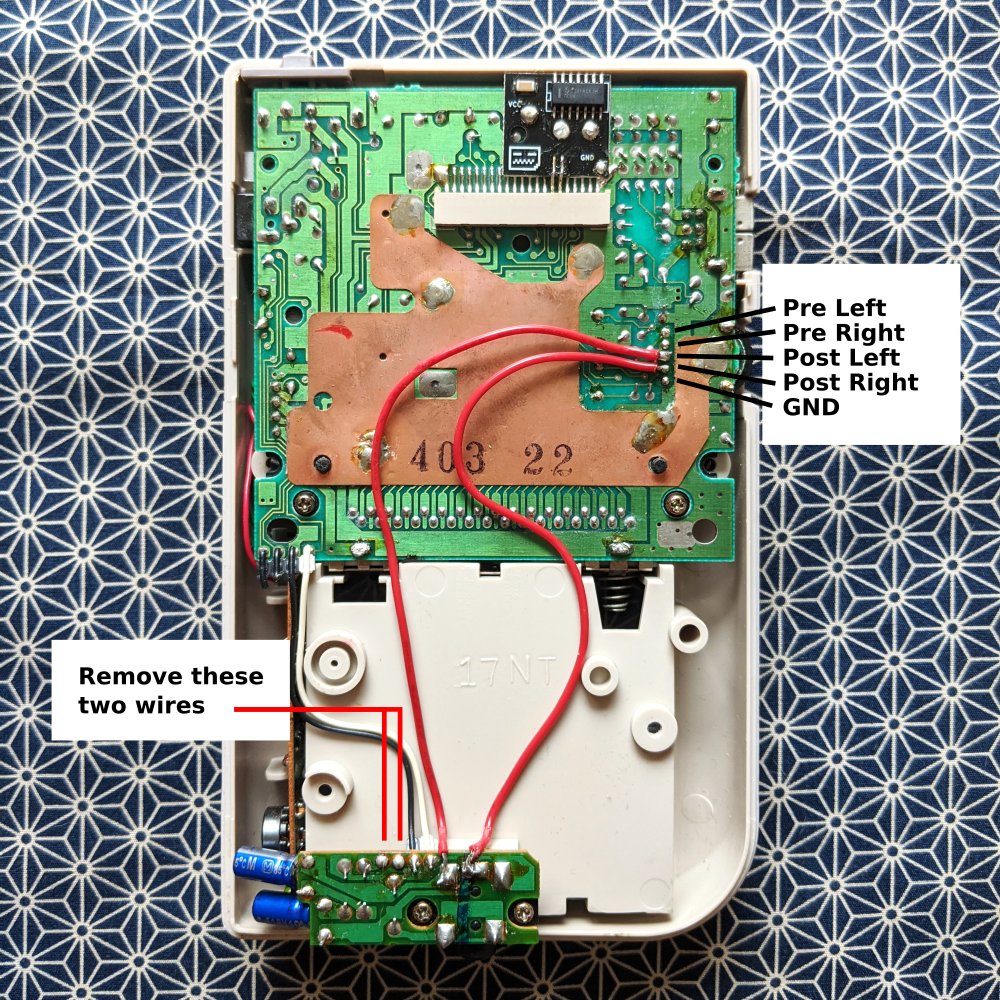 Since we are essentially by passing the sound amplification board to gain a cleaner signal, a more advance version of this mod would be to remove the amp board entirely. By doing so, you can gain more internal space for adding components for other mods. You can also replace the jack connector with a high quality one too. Tho if you like to try this, you will also need to take care of the "switch normal" (the white wire), so that the sound can be switched between the internal speaker and the stereo jack.

Please note that the pro sound mod shown here does not connect the ground between the main board and the amp board, you may like to ground it and see what difference it can make.

The downside of this mod is the signal becomes too quiet for normal listening with the headphone. One workaround would be to get a cheap headphone amp, which will give the signal plenty of boost for most use cases. See the picture for the setup. 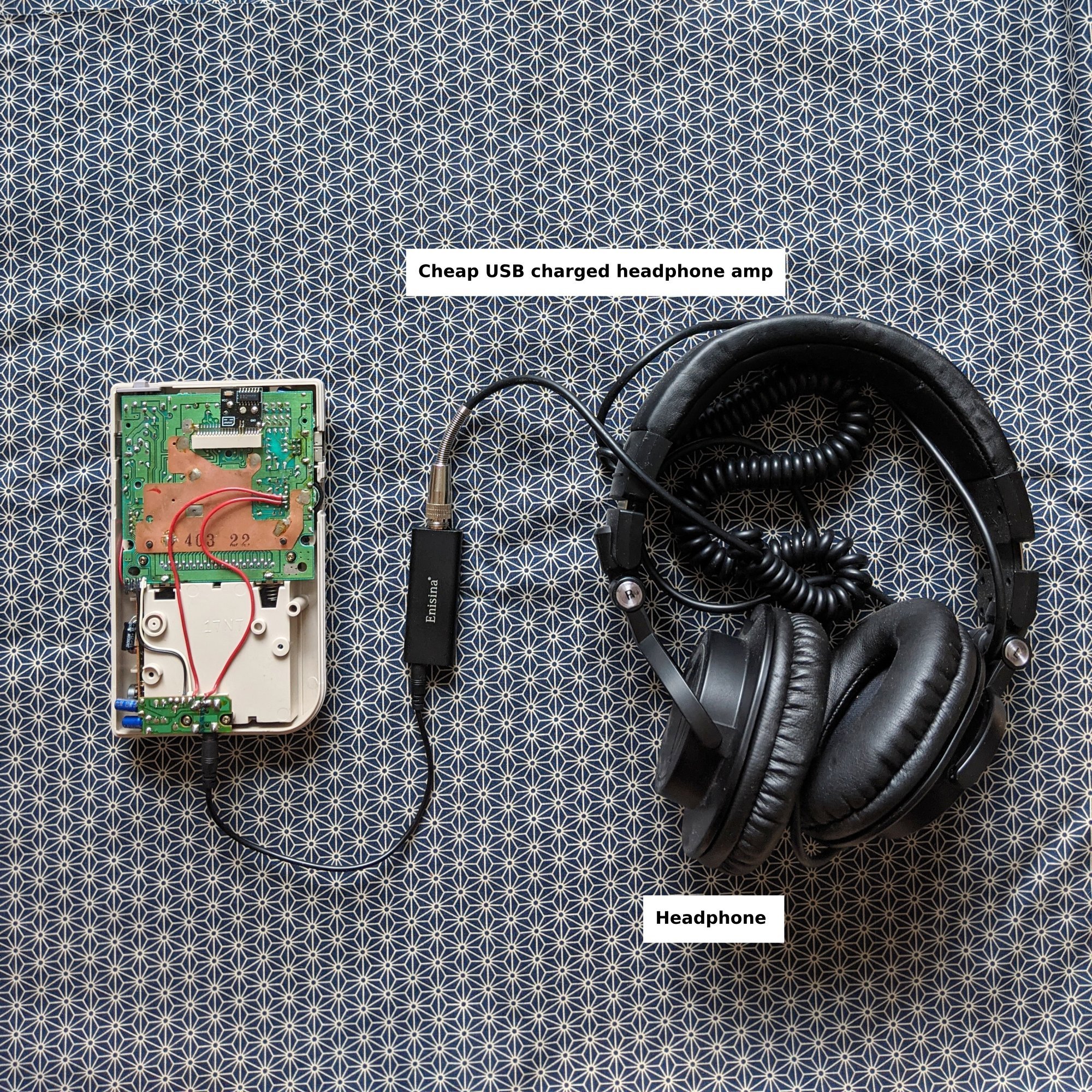 Also, did we mention there is a separate mod to use a louder internal speaker for the Game Boy?

In this variation we need to be a bit destructive, but we do gain a dedicated line out with sturdy connectors which can be useful for gigs :) Also, the headphone functionality is completely unchanged which is makes the GB still useful to work/play on the go with headphones, or to preview tunes with the speaker. 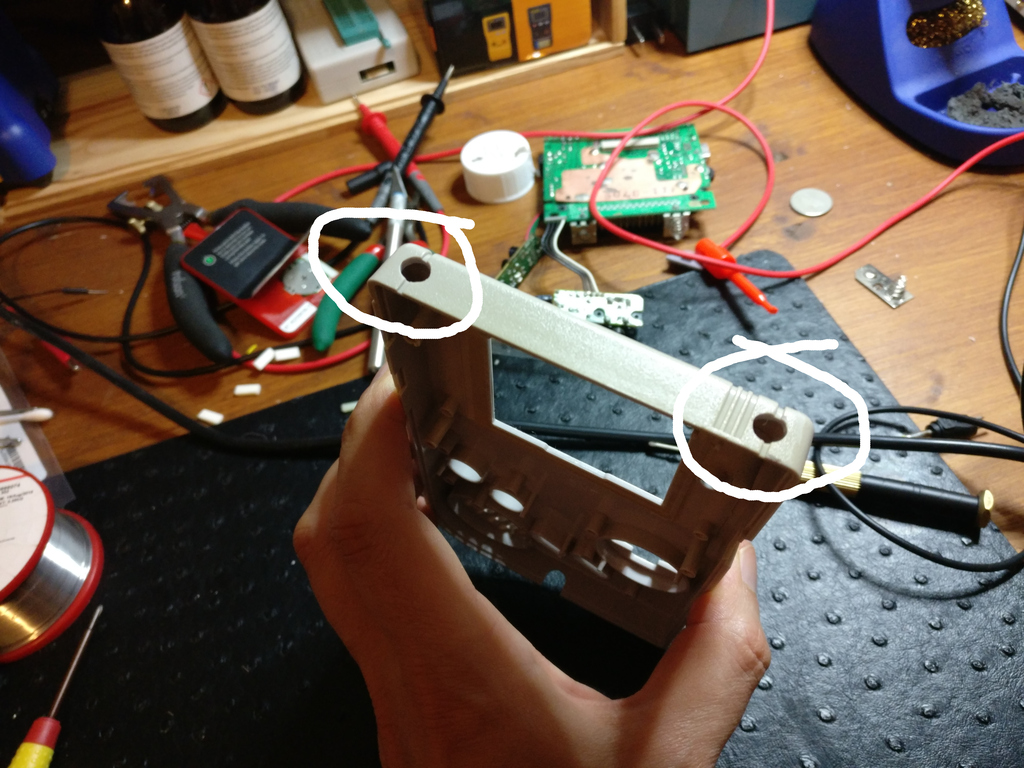 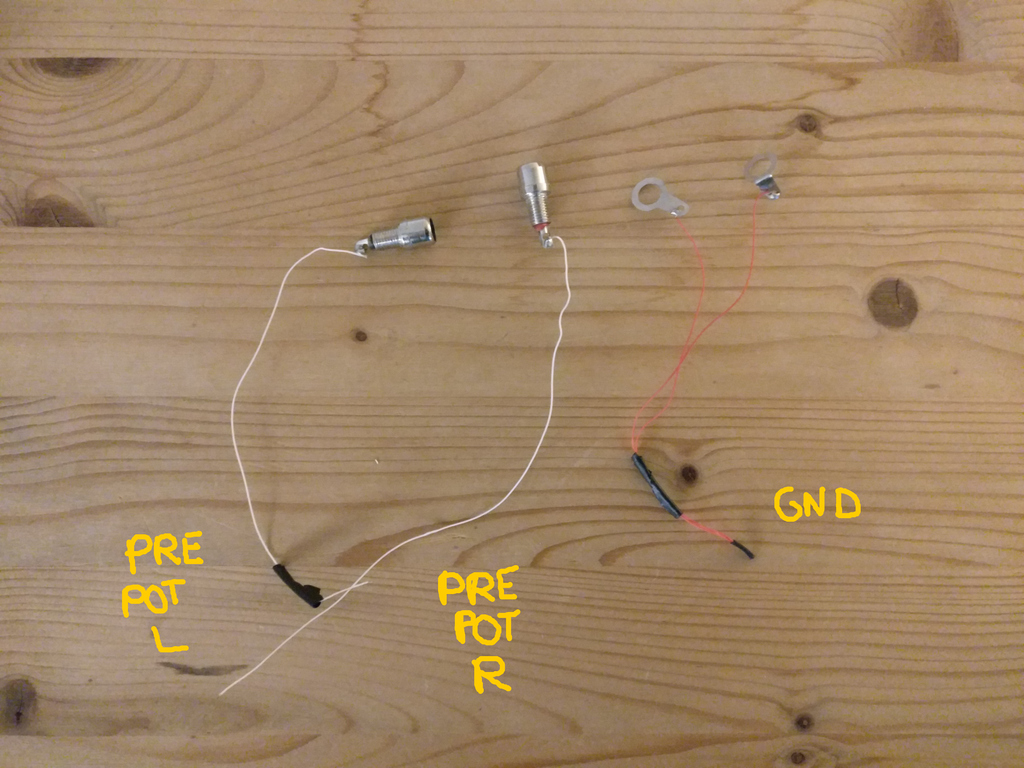 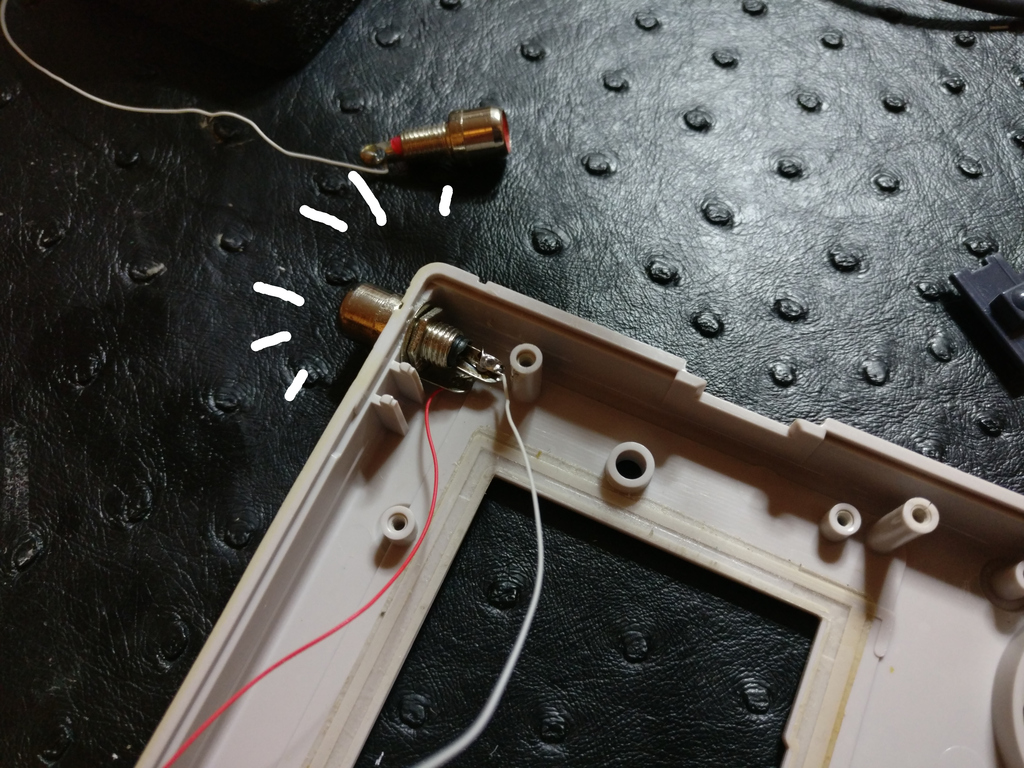 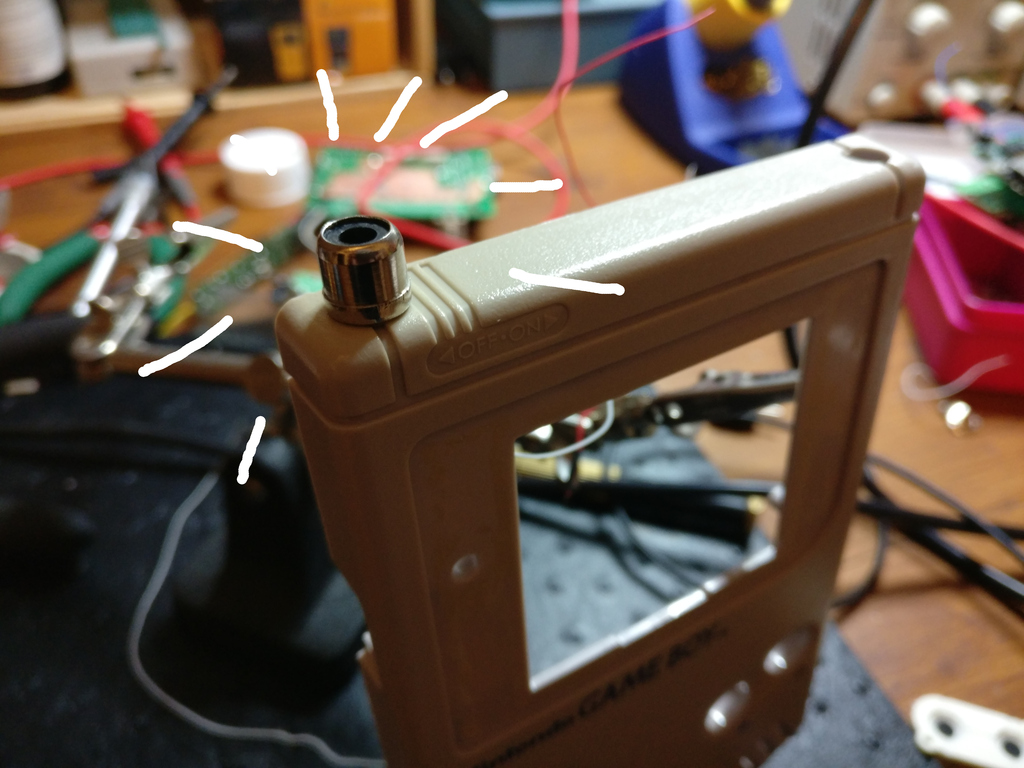