Fixing the CSYNC source on the Mega Drive Model I

After successfully modding the MD cable so that it would use csync as source sync instead of composite, thus allowing to plug the MD on the csync only 1084S-P1, I consequently ... lost any video on the PVM when the MD is plugged. Black screen. I first thought of adding a small switch on the cable to select csync or composite as source, but that does not make any sense, the PVM should be able to handle csync fine. After searching for a while, I came across this. The symptoms are similar, but the mod/solution a bit intrusive (trace cutting), before going further I need to test if my MD has the same internal wiring issue to start with.

After reading a bit more from the link above and the one it is also referencing as source, it turns out that the MD is indeed able to produce csync. So, by rewiring the cable to use the MD csync as sync source instead of composite, everything should work, and given the result on the 1084S-P1 it seemed it was.

In fact it's bit more complicated than that. The MD uses the Sony CXA1145 as video encoder, but when comparing the chip pins with the way it's used in the MD there is something that do not seem to make sense. 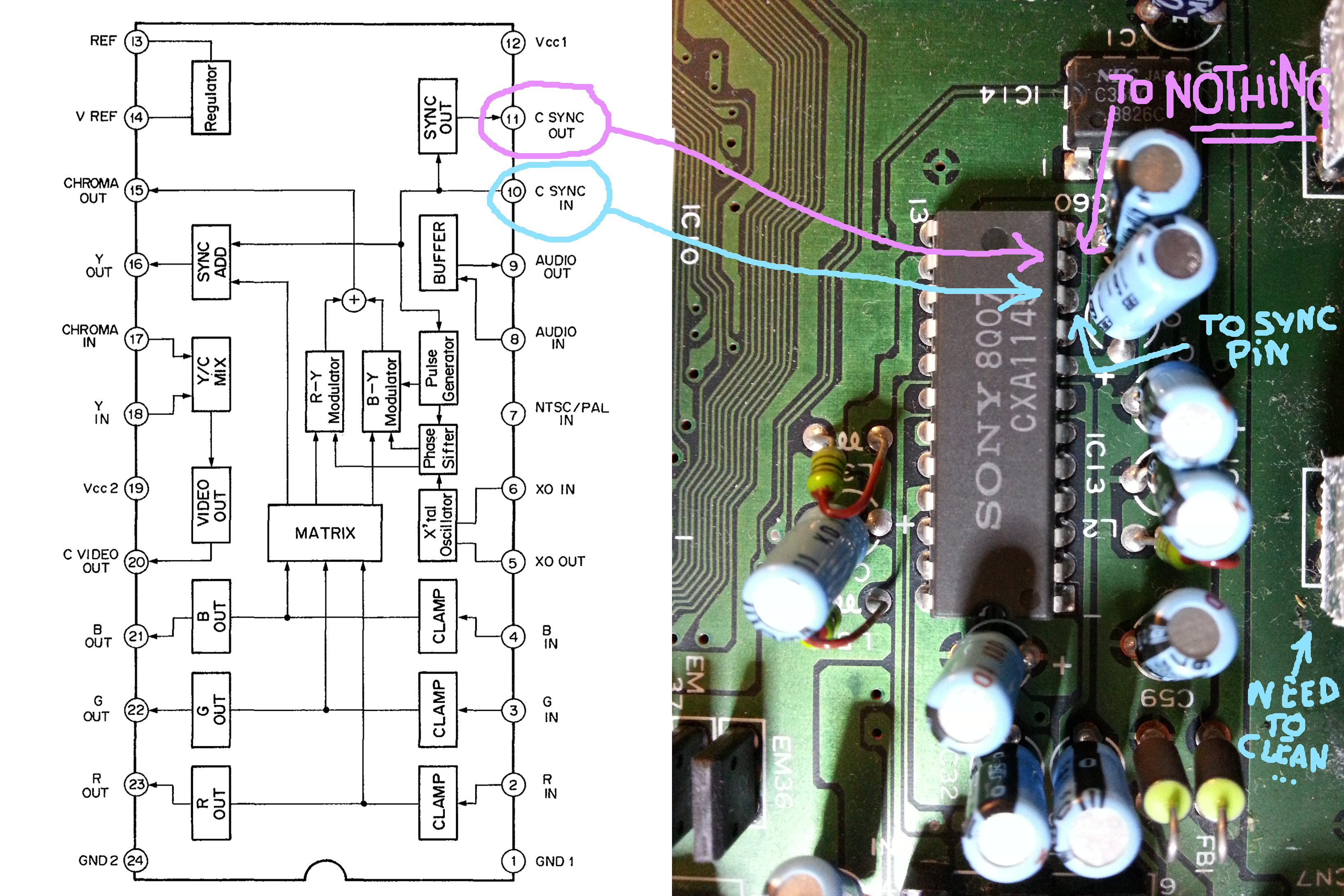 The csync out of the chip pin is not connected to anything, and the sync signal produced by the MD comes from the csync in pin. There must be a reason for that, and this particular configuration is on several PCB revisions, even those with a radically different design. And as shown with the 1084S-P1, something must somehow be sent because the monito syncs well, but at the same time the PVM is unable to use this thing to sync. So what about using the actual csync out of the chip instead? 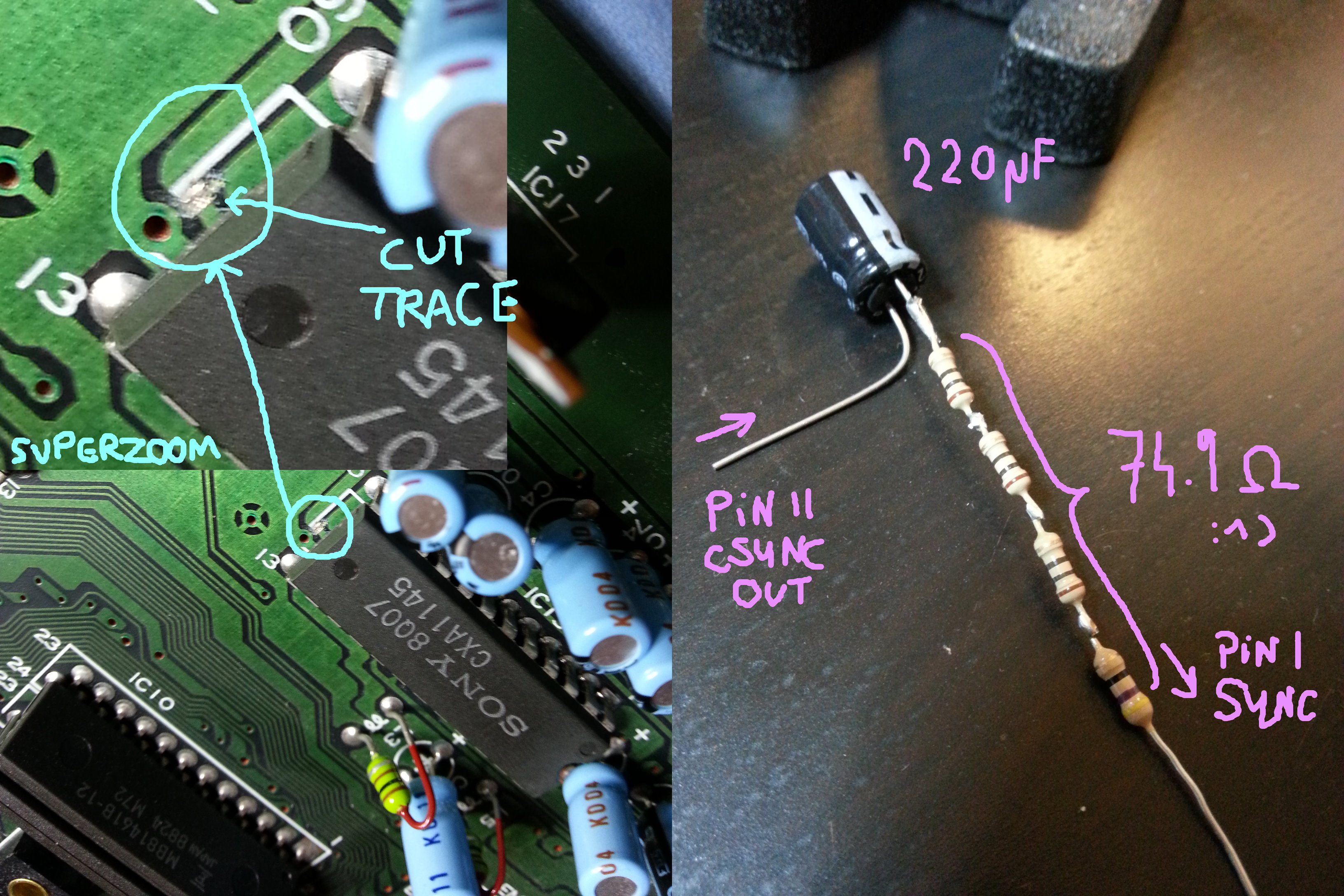 To do that, the trace connecting csync in to the MD AV out sync pin needs to be cut. Careful though, the trace to cut will be different depending on the MD model and PCB revision number. Then the csync out of the CXA1145 needs to go through some capacitor and resistor chain. The CXA1145 manual recommends a 470µF capacitor but people who did this mod have had success with 220µF instead, which is great because a 470µF is significantly bigger in size. After that a 75Ω resustor is needed. I did not have any, so I made a sausage of several lo-fi ones and managed to reach 74.9Ω this way (very proud of that). The '+' of the capacitor is connected to the chip, csync out, pin 11.

In the end it will look like this once all put in place:

And? Does it work now?