I needed to load some .dol files on my GameCube and was advised to get one of these third party SD card readers for the console. After searching a bit, I learned that the GC memory card system is in fact a modified SD card reader and as a consequence it is possible to use an existing memory card and fit it with an SD card socket.

I did not have such a socket but I thought I could directly use instead a spare SD to Micro SD adapter and wire its pins directly on the pins from the memory card pins that I would use as donor cart, given the tutorial linked above also provided the equivalence table for the SD card pins:

After that I came across another diagram that suggested the addition of an activity LED for the data line between Memory card pins 6 (VSS2/Earth) and 7 (Data Line 0).

I could not resist the complimentary additional rice. 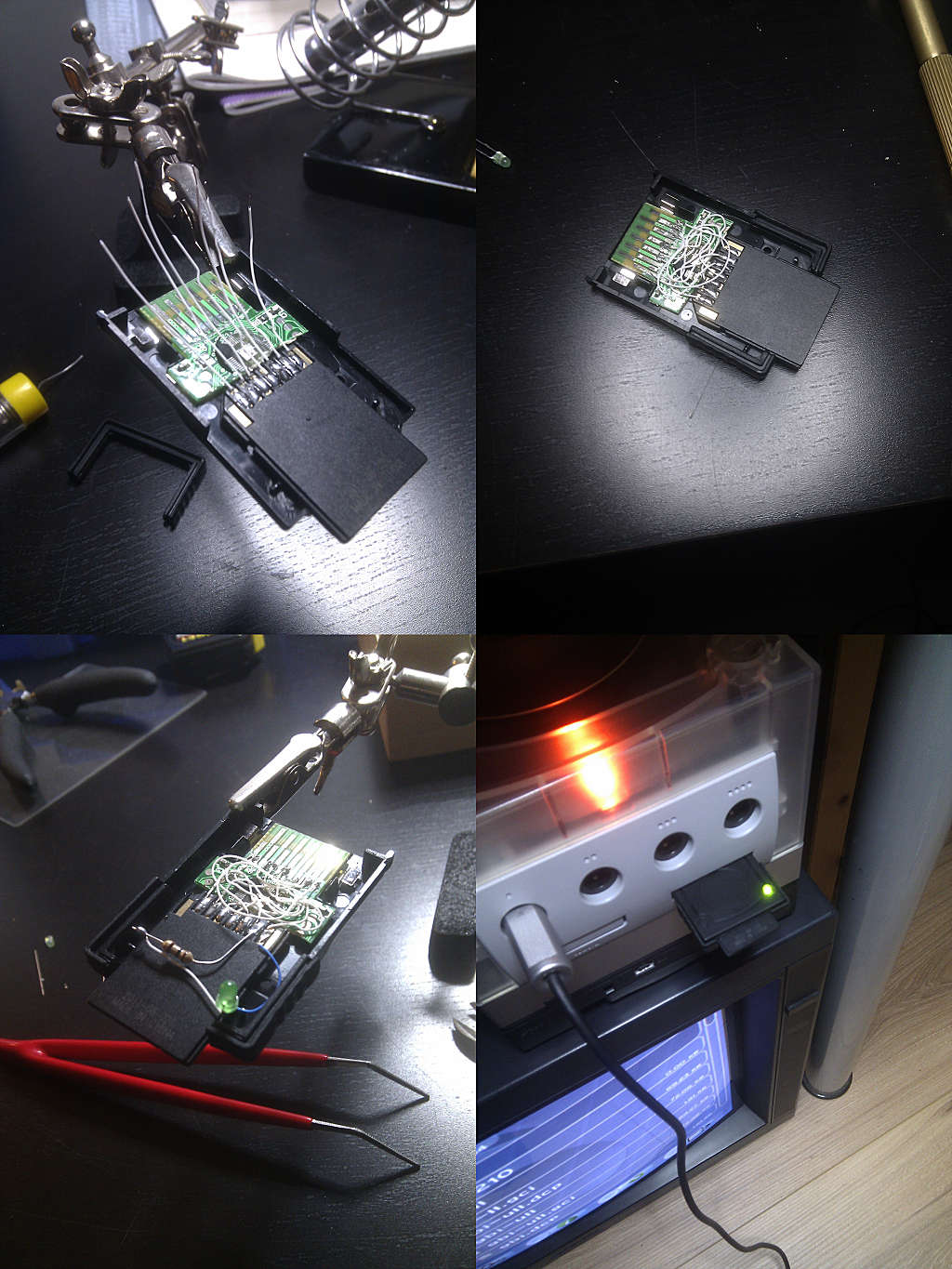 Now I can load my .dol files, and I have more blinking LED stuff. What a great double WIN evening it is.